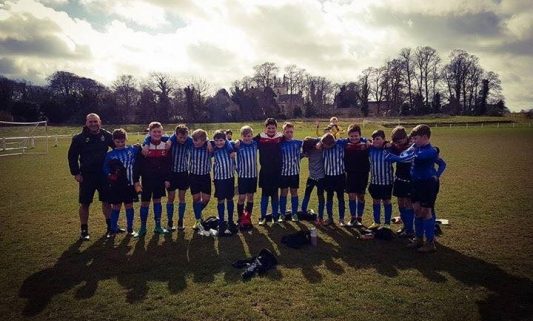 Congratulations to the Aberford Albion Under 12s football team who have won the Garforth Juniors Division One Football League Championship.

The title was secured with conviction as the last eight matches were undefeated in an impressive run of seven wins and one draw. One of the team coaches described the title win as “A fantastic performance by a superb squad of boys who thoroughly deserved their success”.